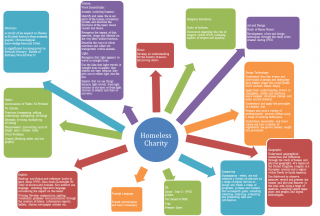 W/c 13th January
We receive notification from the county council that there are plans to build a homeless shelter in the area. We discuss the impact of this and how local residents might feel. Drama is used to explore the feelings of the local people when they first read of the news.

We discuss the stereotypes formed around a typical homeless person, and whether such stereotypes are accurate.
We co-create the name of of this charity: Homes Of Magical England (HOME).
In order to find out what the real residents of the local villages would truly think we created a survey and distributed the around the village and to parents of the school. 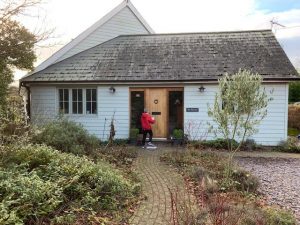 W/c 20th January
Surveys were collected and the comments read. Data analysis was then conducted by creating bar charts and pie charts. We analysed the findings and discussed these in a company meeting to decide on next steps.

Encouraged by the mainly positive responses to our survey we turned to discussions about the chosen location of our shelter. We mapped our local area using ordnance survey map techniques and wondered whether a local pub up for sale might be a suitable building to renovate. 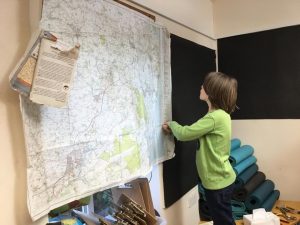 However, unsure as to whether local amenities and transport links were good enough in this area we began to think of other possible locations. We used Digimap to explore the local area beyond our local villages and four and six figure grid references were used to pinpoint locations. 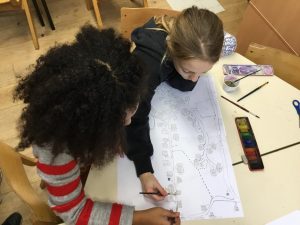 We also looked at statistical data about homelessness in Ipswich, East Anglia and England. This made us more certain than ever that more help was needed for the homeless.
W/c 3rd February
Groups formed to choose possible new locations. Positive elements of physical and human geography were listed to justify these choices. Groups then presented their ideas and a vote was taken. The new location has been decided as on the outskirts of Framlingham. 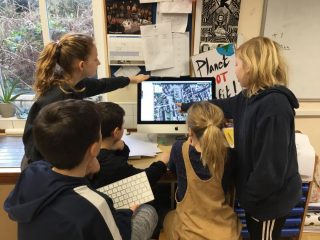 We have begun to consider what services we wish to provide in our shelter. Thoughts are turning towards more of a community base, where residents are able to work and join together, gaining experience and developing confidence. Plans are to follow.
W/c 10th February
Plans have begun for the proposed community and artists impressions of the rooms created. Rumours have begun to circulate around Framlingham about the development. One local resident arrived unexpected at the company office to demand answers. The debate was rather fraught and the company had to use careful language to pacify and persuade the visitor. She left suggesting we communicate our plans more clearly with the local community.
Meanwhile the faces of those who may be wanting a place in our community begin to emerge, along with the stories of the their lives. 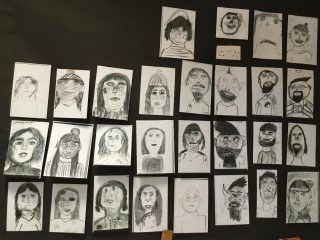 This week we have been working on the background stories of homeless people interested in receiving a place in our community. 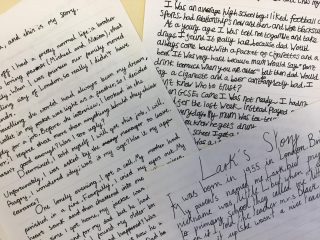 W/c 9th March
We have used more drama to explore the lives of the homeless people wanting to make use of our shelter. This led to more descriptive writing.

We explored the history of our company, noting significant events in the development of our organisation. We then read a press release from our press officer, informing us of the death of our beloved founder.
We explored his character and what we all thought of him. Some of us suspected that there were hidden secrets as he was quite a private person. The press release referred to his experiences as a child during World War II and so we considered moments from this childhood. This brought us to seeing him as a child experiencing his first air raid as he cowered on his bed. We asked him questions to find out more and will delve into his history further next week.

Out of role we began to look at non-fiction writing about World War II in order to find out more about his possible experiences.