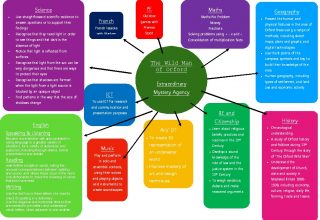 Week One
We received a mysterious message this morning from a team member.  It was very hush, hush!  We had to be very discreet and make sure that we weren’t followed by anyone.  We were told that would receive communication soon….
Today we received a letter in a large brown envelope marked TOP SECRET!  It had details of an unexplained event with witness statements and a letter….
Time to investigate and get back to the BDA (British Detectives’ Association) with our reports into this mysterious event! 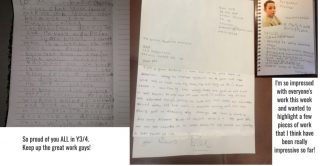 We are part of an elite team of detectives who specialise in unsolved mysteries!  However, the funding for this extremely unique department is under threat of being reduced or even worse; cut completely!
We are being asked by those at the top level to prove why we should keep our place on this elite team of detectives. We developed our own personal profile including details such as our date of birth, experience and cases we’ve solved. We also had to write a covering letter.  The aim is to convince them that we are too valuable to let go.  We have to detail investigations and mysteries we have participated in! We also have to list the kind of skills we’ve developed through our roles as unsolved mysteries detectives.

Our services have been informed that your detective team is one of the country’s leading organisations for solving previously unexplained mysteries. Here at the British Detectives Association, we feel that your credentials speak for themselves, and we would like to enlist you to work this open case with us.

As you are aware, we deal with extremely sensitive and secretive undertakings – therefore it is highly important that confidentiality is crucial. This will be discussed in greater depth at a later date.

We invite you to review the case file attached. Make notes on any connections or observations that you may notice about this unexplained event. Please submit your report via Seesaw, no later than Sunday 10th January 1700 hours.

We look forward to hearing from you.

(Please destroy this letter after reading!)

“I work in the forest, and some unidentified – visitors asked if I had been out the previous night. “I said: no.”

“They said ‘Did you leave the house at all? Did you see anything?’ I said: ‘What?’

“They said: ‘Oh, there’s a report of some red lights in the forest… We’re just checking.’ And the two of them, very politely but firmly, asked me probably about 20 questions. I thought they were journalists.

“They suddenly said: ‘Oh well, fair enough. There’s probably nothing in it.’ And left.

“So, I bought the papers every day for the next few days to find out what was going on and, of course, there was nothing.”

“I saw something glowing, a red-orangey object. It was displacing sparks or molten metal,”

“We watched it for a period of time, then it silently exploded into white objects, sort of like fireworks, then they disappeared.”

“When we saw the object, we were in the forest. The glowing object came into the forest, moved through the trees, obviously avoiding the trees, occasionally bobbing up and down but primarily moving horizontally. When we tried to approach it, it moved back out into the field and exploded.”

“My personal feeling is that it was from another dimension or from somewhere else…I’ve wanted answers all along but I’m firmly convinced I’m not going to get them.”

Week Two
As our department is being given some funding to operate until the end of February, we have been asked to come up with a new logo and name.  These are just a few of our designs and ideas:
Seek and Find
Spy Time
Fox Agency
Bealings Detective Agency (BDA)
Eagle Eye Investigators
Extraordinary Mystery Agency (EMA)

We conducted a vote and we are now known as the…..
EXTRAORDINARY MYSTERY AGENCY!
We have been working on a new Code of Conduct.  Here are some of our rules for agents:
1) Do not discuss active cases or anything about our agency outside the building unless rule 4 is adhered to.
2) All agents must have at least 5 disguises on standby for undercover work.
3) All agents must use their pseudonyms (fake names) to protect their identity outside of the agency and code names whilst within the agency.
4) When urgent messages need to be sent, they must be in the agreed coded format.
5) Morse Code can be used to communicate with informants.
Being a detective requires a certain tool kit and we’ve been sharing our “Go to” essential kit items to each other.  Disguises are also essential in our line of work….. 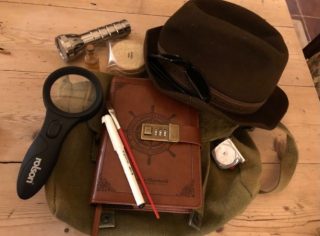 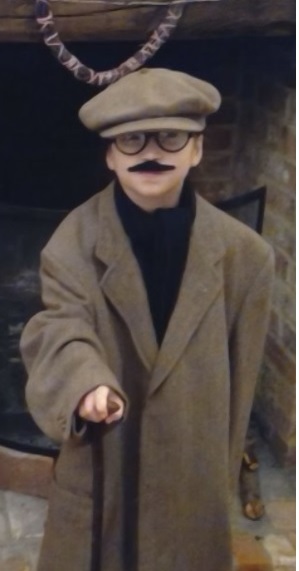 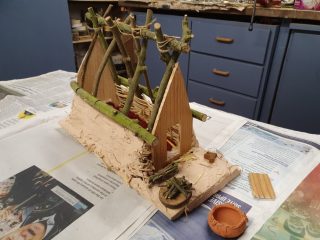 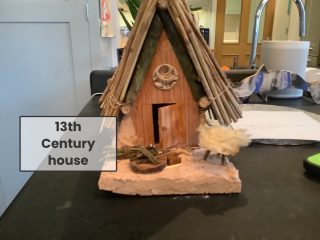 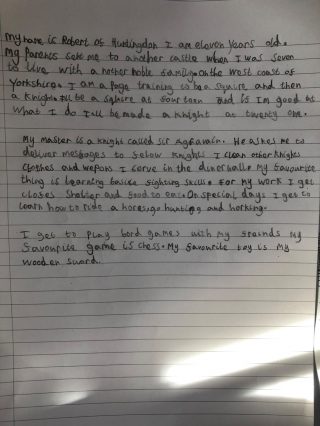 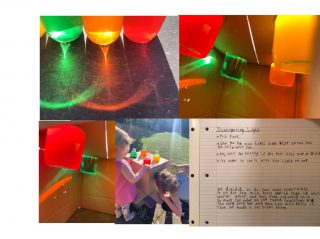 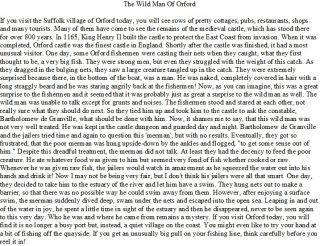 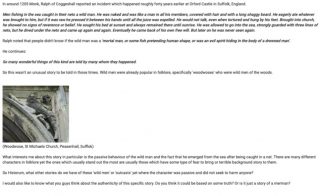