For two consecutive afternoons, children in Reception, Year 1 and 2 have worked together to learn about Chinese New Year.  They worked collaboratively to make a spectacular Chinese New Year dragon which you will find in the school hall.  They drew their own colourful Chinese dragons using pastels.  They also made folded paper dragons and lucky money bags.  We sang a Chinese New Year song and listened to the story of the Chinese New Year.  There was a race across the river and the Chinese calendar was formed by the order in which the animals got across the river. This year it is the Year of the Rat.  KUNG HEI FAT CHOI! (which means ‘Happy New Year’ in Chinese) 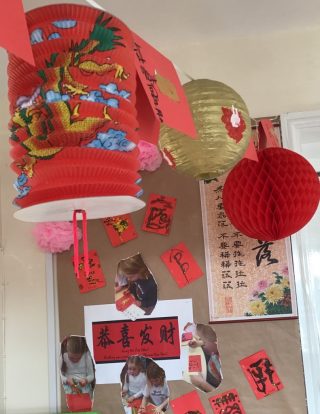 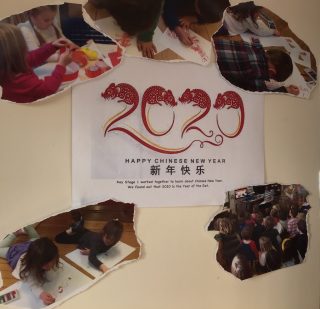 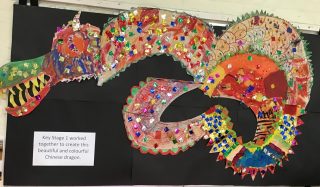 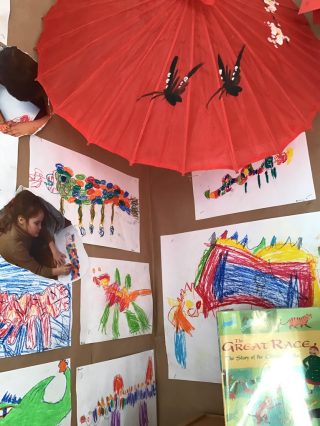 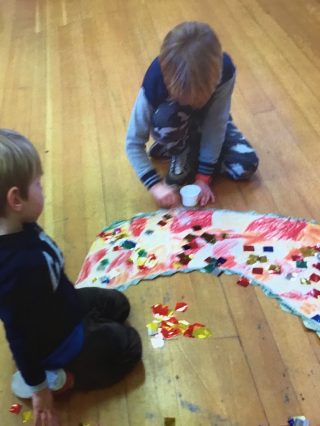 Welcome back to the first term of a new decade!

A drone has crashed on our secret island!  We are worried about the safety of our creatures and that we might be discovered and so we are writing stories full of mystery in order to scare people away.  This is what we wrote together….. 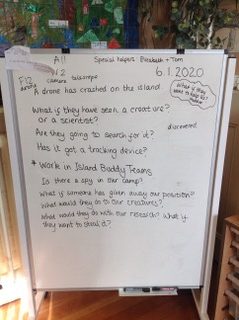 Last week we had a lovely visitor called Helen who came all the way from Cork in Ireland.  She was interested to see how we do our Mantle work and visited all our classrooms.  In the afternoon she helped us to act out a famous Irish story called “The Children of Lir”. 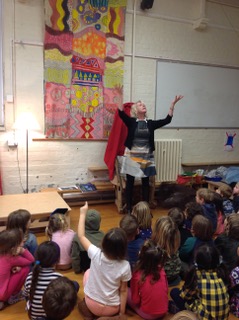 Natural History Scientists have been working hard to help our dinosaurs to remain undiscovered. The consequences for our creatures could be catastrophic if people find us! We have written mysterious stories in an attempt to scare off the sailors who were spotted close to the island. The crashed drone has been reprogrammed with ‘fake’ island pictures. Now we are thinking about how we are going to get to the other nearby island to “plant” the drone? How much longer would we be staying on the island? We are starting to miss our families and friends so watch out for the postman! How are we going to leave unseen? One scientist remembered the cave behind the waterfall. Could this be the way out?! 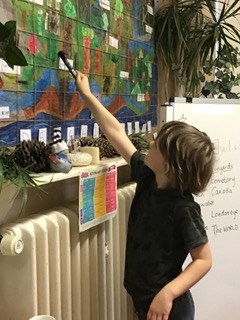 The Natural History Scientists have discovered enough scuba diving equipment for all the scientists on the island.  What could it be used for?  Who left it there? Is it there to help us get off the island undiscovered? One scientist has found an underground lake behind the waterfall and thinks we should investigate it further.   Along with exploring the island and its mysteries further, we have started to record our daily routines on the island.  This is so that we know where everyone is at any given time and also to see that we are doing our jobs effectively. 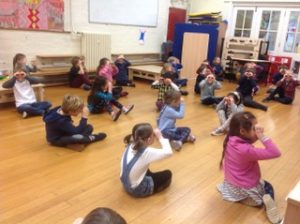 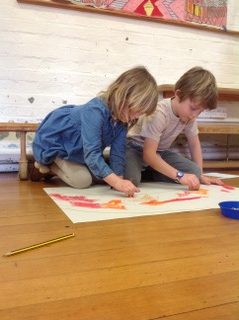 We have scared off the sailors with some scary stories of the island.  I don’t think they’ll ever come back again!

The dinosaurs are safe and well now and we know that we will soon have to leave the island.   We are really missing our families so have written letters home to them explaining that we are okay and that we will be home soon.  We have been sharing our memories of our times on the island.  It has been quite an adventure!

Today we have been wondering how we were actually going to leave the island undetected.  Is there a tunnel under the sea?  Should we fix the broken plane?  Could we build a boat of our own?  Could we build rafts?

W/c 10th February 2020
We have been getting ready to leave the island and although we’re sad to leave, we are looking forward to seeing our families and getting back into normal routines.  We are going to make our way through the waterfall to the cave with the underground lake and scuba dive through the tunnels under the island.
We will then get picked up by a submarine just off the coast.  We have been checking that our oxygen tanks have got enough air in them to get us to the submarine safely by reading scales of 2s, 5s and 10s on the canisters.
We have also made sure that we measured and fitted our weight belts properly and attached the correct amount of weights. We will all have to show our Scuba Diving Licence and go through underwater safety procedures and signs before we leave!
This is us measuring our waists and then adding 10cm more for the buckle. 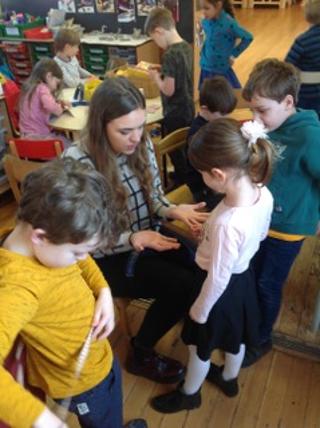 W/c 24th February 2020
We are on our way home from the Secret Island on our submarine and are currently in the Indian Ocean. Being Natural History Scientists, we couldn’t pass up the opportunity to do more research whilst on board so we have been studying some of the sea life in the area.
We found the Indian Ocean on the world map and have thought about the long journey we have back to the UK.  We also discussed the climate in the area and what the weather was like on our island.
We have written letters to our families to tell them that we will be back soon and what we are looking forward to the most.  We are now investigating how deep submarines are capable of diving and the sort of equipment we have on board. 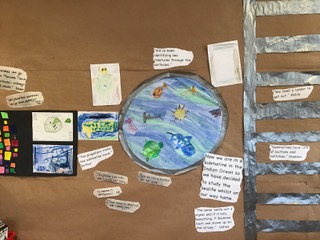 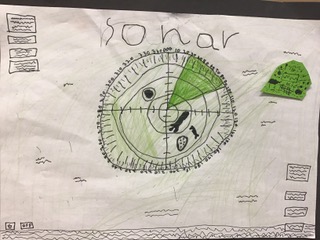 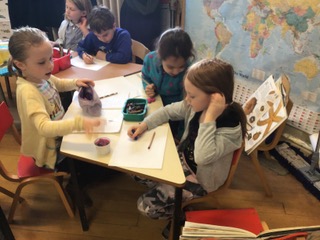 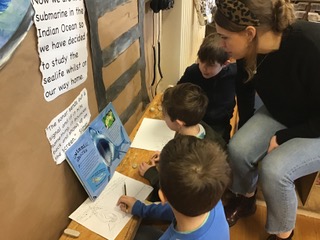 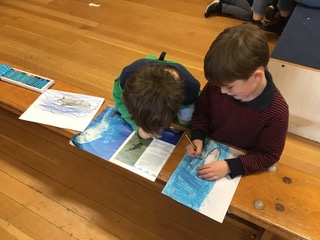 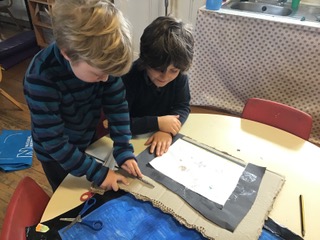 We received an email from professor Price at the Zoological Society London (ZSL), asking us to monitor the temperatures in the Indian Ocean.  He would like us to report back on how these have affected the coral reefs.  We took temperature readings from scales marked in 1s, 2s, 5s, and 10s.
We performed our jobs on board the submarine.  These included: Cleaning, cooking, steering, diving, giving medicine, checking operating systems, watching screens and the sonar, checking procedures and monitoring the sea life.
SHIP’S LOG
Tuesday 3rd March 2020
Crew member Trish received a letter back from her sister, Anna.  She was very excited to learn that we were on a submarine and wanted to know how submarines work.  We thought about the best way to share what we know about submarines and decided that drawing diagrams with labels and writing sentences to explain how they work was the best option.

Y1
We also wrote our findings together and sent our report back to Professor Price at the Zoological Society London: